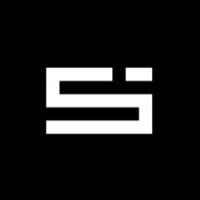 This is the story of how I went from a serious amateur athlete with almost pre-diabetic glucose levels to a lighter healthier version of myself.

We all know that eating too much carbs and sugar is not good for you. However, most endurance athletes, including me, seem to ignore this advice, consuming large amounts of carbs to fuel their training.

Still, most of us know that cutting carbs is a good way of shedding a few pounds, but it’s unclear how we go about it. Can I eat carbs during my ride? Just before? Just after? How much?

I had a similar situation with sleep a few years back. I knew how important sleep was, but I was averaging 5 or 6 hours, while training 15+ hours a week. I felt fine, or I kept telling myself that… and guess what, I became completely overtrained and was cut from the team. It was not until I started monitoring my HRV, sleep quality and mood with Wattson Blue that I learnt what it takes to improve and maximise my performance.

Such monitoring meant I have kept improving and breaking PBs in the last couple of years (until lock down started around March 2020), adding around 40 watts to my FTP, while substantially reducing my training volume and not doing much “structured” training (other than the simple tips Wattson Blue gave me). I simply had fun and listened to what my body was telling me.

My fitness peaked at around 4.2 w/kg FTP in the famous power-to-weight ratio, and wanting to reduce my training volume I decided to see what I can do about the weight side of the equation.

Reading and thinking more about the subject, I started to believe that similar to the sleep issue, my excess weight has been primarily due to lack of monitoring.

That’s where CGM devices come in.

I had known about CGMs, which monitor your blood glucose (or sugar) levels, for a while. When I saw an advert for Supersapiens in January 2021, I decided to finally take the plunge and start monitoring my blood glucose levels to see what exactly I was doing to myself with all the snacking and crisp eating.

Before the CGM, I ate what I would consider a reasonably healthy diet, excluding short bouts of binge eating crisps and chocolates. You probably all know what that looks like, porridge, and peanut butter, avocados, eggs, sweet potatoes, lots of greens, pan fried or roasted fish, other meats, and lots of fruits.

Pfff, You call that healthy?

Well yes, I do, or I did – I am sure plenty of articles would disagree with that statement, but I can find plenty of articles that say it was a good diet. So for the purposes of this article, just accept that I thought what I was eating was healthy.

So what is CGM?

I am not going to give you the full details, but in simple terms, the device measures your glucose levels, continuously. It doesn’t quite do it in the same way as a blood test, but it’s close enough and gives you similar feedback without needing to be pricked with a needle several times a day.

The particular Supersapien model is always “on” and connected to your phone via Bluetooth meaning you get almost minute by minute measurements.

High blood glucose levels can lead to weight gain. Unless you are exercising at the time all that glucose can end up being converted and stored as fat. It also means your body will not attempt to burn your existing energy stores so losing weight becomes more difficult. In the long term, it can also lead to chronic high levels of insulin, insulin resistance and diabetes.

Moreover, there is research that suggests high blood glucose levels can lead to mental health issues and dementia.

I may have butchered how a professional would describe blood glucose and insulin resistance, but this is my understanding in a whistle stop tour!

The argument is that many endurance athletes suffer from this unhealthiness because of their high sugar and carbohydrate consumption. So even if you exercise enough to burn a lot of those calories, having high blood sugar levels most of the time generally leads to long-term health issues.

You can read more about those ideas here.

Or at least that’s the theory. Supersapiens also sell the idea that by using a CGM you can ensure that you fuel yourself properly for your next activity. But I wasn’t really interested in that.

The only time when you probably want consistently high glucose levels is when competing/exercising at high intensity to ensure adequate fueling for your muscles, but even then, there is a lot of research that shows how top athletes use fat for fuel (“being fat adapted”).

Another spanner in the works is that generally what level of blood sugar considered healthy by the medical profession (e.g. the NHS) is different to what’s considered healthy by longevity science. For example, doctors generally consider fasted glucose levels of below 100 mg/dl as healthy, whereas levels more around 80-85mg/dl are recommended by researchers and people interested in extending our health span.

So how does it work?

You get a sensor (or two) in the post, you stick the sensor on your skin (with a tiny flexible needle), pair the sensor to your phone, and you are golden for 2 weeks. The Supersapiens app records your glucose levels every minute or two and you can add details around what you ate to get some nice detailed views of your day and the impact of various events on your glucose levels.

It’s pretty fun, especially the first few weeks. For someone like me who likes data but not too much (it’s exactly why we built Wattson Blue), detail levels are pretty spot on, and you can always export your data for more analysis.

Yes and no. I found the first 24 hours or so after installing a new sensor unreliable. My Glucose levels were say 90 (after fasting for 13 hours), and then I swapped to a new sensor and suddenly it was reading 75, but by next day things were back to around 85-90.

I generally found the fasted levels (after that first dodgy 24 hours) surprisingly accurate and close to a finger prick test, which was a good validation.

I could never get the “after meal” levels to match. For example, the senor would tell me my peak glucose levels were at 170, whereas repeated finger prick tests would tell me it was around 135. Since I know there is an expected difference in the timings of the two devices (to account for blood vs intracellular fluid), I did several finger prick tests to see if I can get anywhere near the peaks read by Supersapines but I never managed to get there.

But none of these worried me too much: the sensors were individually consistent and despite all the disadvantages I could still compare different foods and monitor my fasted levels..

So in short it seems:

So what did you learn?

I experimented a lot and found myself getting frustrated with a lot of the results, in a good way. Here are some examples of what I learnt about my body and my diet:

What were the final results?

I also reached a weight of 72 kilos, while not exercising as much, which was the lowest I have been in my adult life, although I am sure some of it was due to reduced glycogen stores due to the low carb diet.

I found the immediate feedback, and the longer term results extremely motivating. Although I am not using Supersapiens right now, I regularly recommend it to friends and will be going back to it every few months to keep things fresh in my mind.

Having CGM sounds like a recipe for eating disorders.

I agree – it might be for a lot of people. Personally I love food way too much to let CGM impact my happiness and social life. However, I think 75% if not more of the calories I eat are on my own (generally breakfasts, lunches and snacks), I can be smart about what I eat in those times, and still “go big” in the other 25% without feeling bad, guilty or feel like I am missing out.

If I was going to stick to “CGM” 100% of the time, I agree, it would be too restrictive. I now understand the challenges of people with Diabetes so much more.

What changes have you made?

Did it impact your performance on the bike?

This one is hard to say. This is the first year where I have

And guess what my performance is down a lot, from around 310w FTP before the 2020 lockdown to around 265w. But I think most of that is due to lack of exercise rather than what I eat, but I cannot be 100% sure. If I do pick up training next year, I can see where the diet gets me.

They say you can only improve what you monitor. My first proof of that was with Wattson Blue, HRV and subjective monitoring, where I honestly changed my life around; improving my sleep, mood, well-being and performance.

Supersapiens and CGMs are yet another proof of that. I have learnt exactly what it takes to eat healthy. After a few months, I managed to improve my fasted glucose levels, lose weight, and improve my body composition. I don’t think I would have been able to do these as easily in other ways.

3 months down the line – have the changes lasted?

I have not been using Supersapnies for the past 3 months or so and guess what, some of my gains have reversed.

I blame this primarily on being post COVID-19 lock down. Socialising has meant that I have ignored some of the tips I picked up during the CGM days. I still try to stick to some of the tips, particularly snacking less, overnight fasting, and eating less carbs.

Thanks to Supersapiens I now know what it takes, for me, to eat healthy, and although I regularly stray away from it (similarly to how I miss sleep due to social events or work say), I know the impact and the costs, allowing me to make more informed decisions.